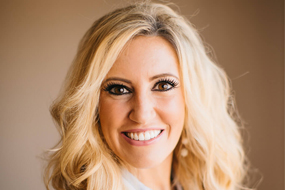 Jancy A. Parkerson-McGovern, DMD, FICOI, is a native of Eastman, Georgia. She attended Mercer University where she obtained her Bachelor of Science in Psychology and Chemistry in 2009. She then obtained her Doctorate of Dental Medicine from The Dental College of Georgia at Augusta University (formerly Medical College of Georgia) in 2013. After graduation, Dr. Parkerson continued her dental education with a two-year General Practice Residency also at The Dental College of Georgia. During residency, she became proficient in various surgical aspects of dentistry such as dental implants, IV conscious sedation, and dentally complex patients.

After residency, Dr. Parkerson entered into private practice as an independent contractor at various offices in the Augusta metro area where she practiced for several years. During that time, she also served as a part-time clinical instructor in the Department of Restorative Science and General Practice Residency at The Dental College of Georgia.

She enjoys practicing with her husband, Dr. Daniel McGovern, and serving patients together. In her practice, she focuses on comprehensive care with an emphasis on surgical, sedation, and cosmetic dentistry. Dr. Parkerson also incorporates Botox and dermal fillers into her practice in order to treat comprehensive facial aesthetics. She enjoys lecturing to colleagues on facial aesthetics, Botox, and dermal fillers as well.

When she is away from the office, Dr. Parkerson enjoys traveling, fitness, spending time with her daughter, Adleigh and her husband and their two dogs, Maggie and Paisley.

It is the people who make Chattanooga Dental Arts what it is and we’re extremely proud of the achievements of our team.
Though we’re a dental practice, values are important to us inside and outside the office.

What patients say about us

Here's some kind words from a few of our happy patients.

It was my first time here, and I was blew away by the staff, these are the nicest people ever, I had a warm welcome upon entering and the hospitality did not stop. What a great staff. If you need a dentist I highly recommend you to give this business a try. My hygienist was the best, and I felt really comfortable with her. I had went to a dentist up the road first and I wasn’t treated the same upon my entry to their establishment so I remembered talking to a ladie that worked at this dental office sometime back, I drove down the street until I saw this office and I’m so glad I did. Thanks for a great dental experience.

I went to this office for the first time today & felt like they were glad to help me. I felt at ease & was impressed by everyone! Michelle & Brittney were great & Dr Jancy made me feel confident my needs would be met. I will go here for all my dental needs & highly recommended it!

My experience has been great! I get extremely nervous when I go to the dentist. They make sure I’m comfortable and always make me feel more relaxed. Everyone on the staff that I’ve encountered have been super nice!

Front desk is always very kind and helpful. Michele is great, best and most thorough cleanings I’ve ever received. Had to get a crown today, Dr Jancy and Jessica were absolutely terrific. Most painless and comfortable experience at any dentist office I’ve ever been to. Highly recommend

I absolutely love Michelle. If you are looking for a dental hygienist, pick her! Dr Parkerson is very thorough and I am pleased with the abutment and crown she placed. She was very caring and made sure I was not in any pain during the procedure. They are the best!